I have not used Windows as my primary Operating System for many years (since around 2003). Sure, I've had to run Windows on a work laptop here and there, but for anything personal, I've been non-Windows. I used a Mac for a while and as a Unix-based OS, MacOS is pretty nice. Not exactly what I like, but I much prefer it to Windows. 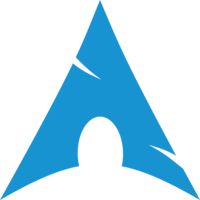 For a few years, I ran MacOS on my computer. For the most part it satisfied my needs: a terminal and a browser. But I wanted to run something that more resembled the OS I was running on my servers.

In my heart, I'm an OpenBSD guy. But my experiences running OpenBSD on my desktop have not been the best. Don't get me wrong, I get everything working, but I'm generally unsatisfied with the performance.

So a few years ago, after running OpenBSD on my laptop for a couple years, I decided to try running Linux and, like with OpenBSD, everything "just worked" and the performance was outstanding. I was hooked.

Some time during my use of Ubuntu, I bought a new laptop: MSI GT76 Titan DT

One of the sore points with this laptop is the GPU: NVIDIA

No more OpenBSD on my laptop. I doubt I'll buy another laptop with an NVIDIA card in it, but when I described the kind of laptop I wanted, this one is it.

The 1 TB SSD has Windows 10 on it. I hardly EVER boot into Windows. It's there solely for gaming. But with the improvements with Steam and Proton on Linux, I only boot into Windows every month or so to update it.

That leaves 1.5 TB for Linux

In the past, I had used a lot of Red Hat-based distributions starting with Red Hat in the 90s. I've used RHEL, CentOS, and Fedora in the past, so I decided to give Fedora a spin. I started with regular Fedora (with Gnome) and was pretty happy for a while. It felt more standard. More simple. I felt like I had more control. But then that feeling crept in. That Fedora installed more than I needed. That Gnome is too bloated.

So I tried Fedora Spin with XFCE. And I was much happier. XFCE is more minimal than Gnome. But there had to be something better.

I had heard of Arch Linux before. It has a reputation. So I read up on it and from what I read, it seemed more like OpenBSD than any other Linux distribution that I've tried. So I thought I'd give it a go.

The installation is done in the console. You manually run the commands to partition your disk, bootstrap the installation, install the boot loader, and do the initial customization (including creating users, setting passwords).

It was great. I felt at home. This is what I like.

And, even better, (almost) nothing gets installed that you don't install yourself. I mean, of course dependencies get installed, but the dependencies are reasonable. The whole reason I looked into OpenBSD in the first place was because I was frustrated with Linux's "kitchen sink" approach to everything.

As mentioned above, the 1 TB SSD is configured with Windows.

The 3 512 GB NVME SSD drives are configured in a RAID0 (no redundancy) BTRFS volume. I have subvolumes for /, /usr, /var, /var/lib/docker, /var/lib/libvirt/images, /srv, /opt, /tmp, and /home. Many of these subvolumes are just to make snapshotting easier. I broke out /usr from / so that when I take a snapshot of the / (@) subvolume, it's basically only /root and /etc.

I plan to go into depth further on some of these things in future posts.