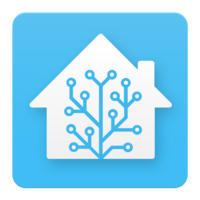 So, my Home Automation journey starts like may others: I bought one smart plug.

Some of the wiring decisions made while building my house make no sense. In my family room, the light switch controlled an outlet in the very back of the room. But that wasn't a good place for the lamp for the room. The lamp needed to be way across the room where there is no switch-controlled-outlet.

I bought a Wemo Mini Smart Plug 3-pack. I removed the long-ass extension cable I had running along the wall (and across a doorway) from the lamp to the switched-outlet. Then we could turn on the lamp with, "Hey Google, turn on the lamp." And it was glorious!

The next thing we realized was that we could control our Google Chromecast with our Google Home and use it to turn the TV on and off. Another big win!

During the lock down in 2020, my wife and I decided to paint our family room. As we were wrapping things up, we noticed that the old switch/outlet covers didn't look right any more. And I thought that I should replace the switches and outlets too with more modern hardware.

AND I CAN MAKE IT SMART!

So I ended up buying a bunch of TP Link Kasa light switches and outlets. At one point, I had replaced all of the light switches and several outlets with Kasa devices. Then I wanted to start doing some automation. The Kasa Smart App allowed for scheduling lights, so I scheduled a couple lights to come on automatically. Additionally, I have a pair of lights on the back of my house that are individually controlled and I wanted them to work as a pair: either switch would turn both lights on or off. The Kasa app allowed me to do that. But the Kasa app had a limitation of only 3 automations like that.

I started looking into what options I had to be able to do more automations: IFTTT, Home Assistant, Google Assistant, Amazon Alexa, and OpenHAB. There are others, but I didn't look into any of them:

I fell in love. I set up my switches and outlets. Set up some automations and had things working great in no time.

I will document some of the cool things I've done in Home Assistant, but here are a few things:

I will continue to document my Home Automation journey hoping it will inspire others.