To quote DigiBlur, "Get your shit out of the cloud!"

Many Smart Home devices use "The Cloud" and a Smart App on your phone to manage them. However, what happens when the cloud provider decides to shut down their service, breaking all of your devices like Lowes did with its Iris product in 2019.

I've had two issues with "The Cloud" breaking my smart devices:

While this one didn't affect my devices, it scared me into switching from Kasa devices

The solution to this problem is to use devices that don't use the cloud or in some cases, ALSO have a local API.

I switched out all of my light switches and most of my outlets from Kasa to Tuya devices (mostly TreatLife). Then I flashed them with Tasmota. I used a lot of Digiblur's Videos to learn how to flash Tasmota. 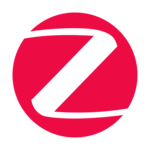 Additionally, this device has a published local API. So Home Assistant can talk directly to and control the thermostat.

One problem that Tasmota has right now is that many devices are seemingly moving away from the ESP chips that have been flashable to this point to WB3S and WB8P chips, which are not flashable.

These new chips are cheaper and include Bluetooth, but that is leaving Home Assistant users wanting local devices in the lurch.

Having local control of your devices is very important so you're not held hostage by companies like Phillips Hue when the decide to retire their Hue Bridge V1.